FactFinder is a powerful tool, but it can be challenging to use. See the following guides to using FactFinder and other Census resources.

The Census uses some specific geographic terminology, which you should understand if you are going to search for Census data.

The diagram below illustrates the hierarch of Census terminology. 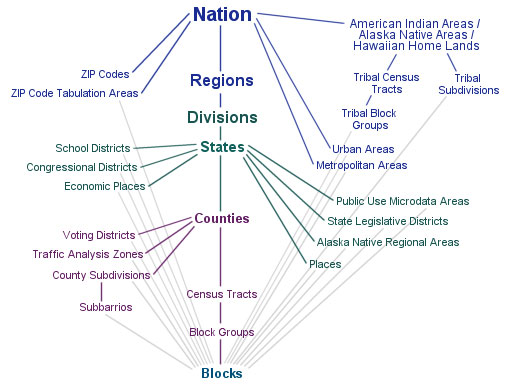